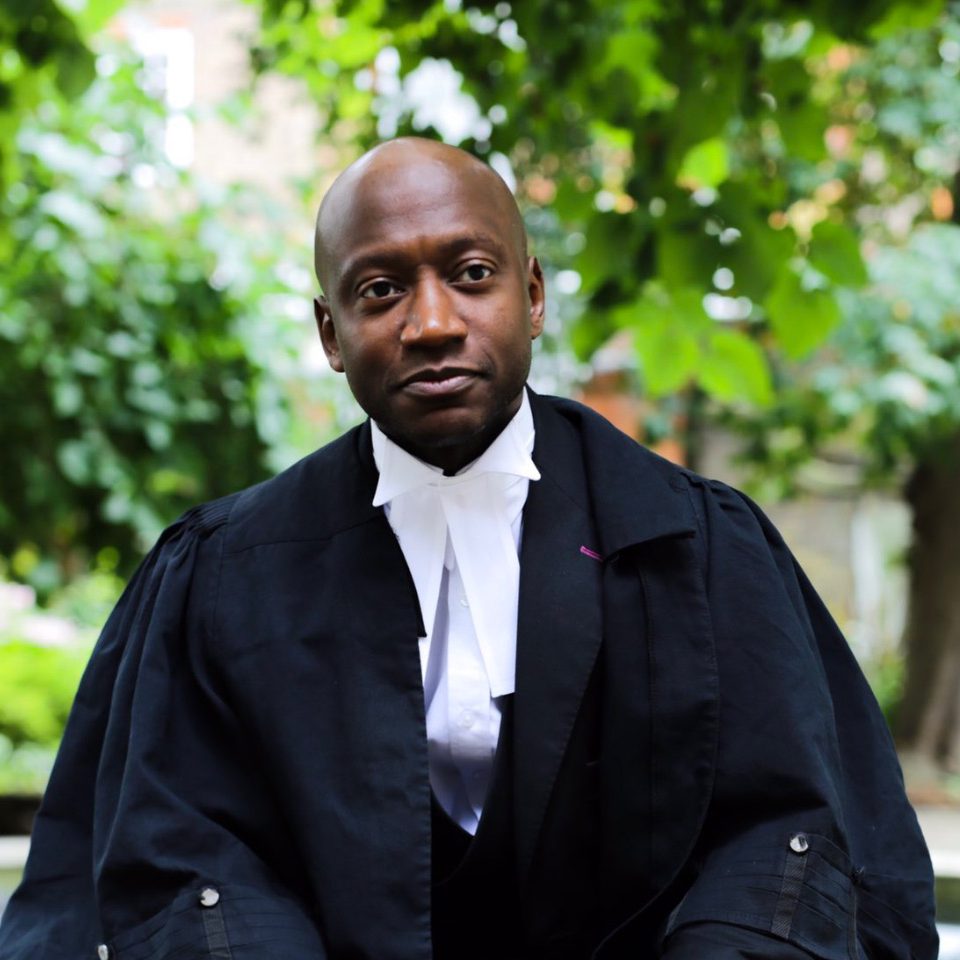 Dr Tunde Okewale MBE is an award-winning barrister, who practices at the Doughty Street Chambers. He is the founder of a charity called Urban Lawyers. Urban Lawyers is an organization that makes the law (in its academic, practical and career contexts) more accessible to marginalized groups in society.  Tunde is also a co-founder of One Case At A time (OCCAT) is an independent, apolitical, non-profit organisation based in the United Kingdom. Its mission is to facilitate access to justice, funding and legal representation for disenfranchised minorities with a specific focus for Black people (forming part of the Black African diaspora) who may have been victims of injustice in the courts or any other emanations of the State

Tunde was recently honoured master of the bench of Inner Temple, the youngest in its 650-year history. He was recently listed in Forbes as one of the twenty-five Leading Black British Business people to follow.

Urban Lawyers is currently run by a committee of young diverse students, legal professionals, practising as barristers and solicitors in firms across the country. Urban Lawyers currently has hubs in London, Sheffield, Manchester and launched in University of West Midlands in October 2017 at University’s annual Link event in October 2017 which attracted approximately 300 students and professionals. A hub was also launched in Birmingham in February 2018

Tunde was listed in The Sunday Times 2017 ‘Alternative Rich List’ identified as having enriched the lives of others. Tunde has an established his practice in general and serious crime. In 2018 he was featured in GQ’s first ever book “How to Win at Life: The expert guide to excelling at everything you do” He also featured in GQ magazine as one of the most influential people under 38.5

Early on in his career Tunde was a finalist for Young Legal Aid Barrister of the Year at the Legal Aid Lawyer of the Year Awards 2012.  He then went on to win a number of high profile awards for his work in law and also for his sustained social involvement. These awards include, Junior Chamber of International London Ten Outstanding Young People Award in 2013; named as Diversity Champion at UK Diversity Legal Awards 2014; and in 2015 won the inaugural Chambers & Partners award for ‘Outstanding Contribution to Diversity’. Tunde regularly undertakes appellate work in the Court of Appeal and the Administrative Court. He is heavily sought after in areas of business and financial crime. He has advised a number of high profile individuals as well as companies in relation to money laundering and anti-corruption regulations. His practice varies and sees him undertaking work in an array of fields, from advising crypto currency company, Stratis Platform, and the creation of alternative hedge funds, to appearing before sporting and professional regulatory tribunals.

Tunde’s remarkable legal career has seen him represent a range of clients and support numerous pro bono organisations.  One of his most high-profile early cases involved working alongside an Innocence Project, which resulted in the Court of Appeal overturning the murder conviction of a man called Dwayne George.

In the wake of the London riots in 2011, Tunde became an adviser to the community-led Citizens Inquiry into the Tottenham Riots.  The inquiry produced a report that would go on to influence national policy and help secure funding for the residents of Tottenham.

Support our work, apply for training or assistance, or sign up to get the latest tools and insights, hear about upcoming events, and more